• Hare Hare Hardcore: The Path to Tranquility Runs through the Mosh Pit

Hare Krishnas attracted new devotees in the 1990s thanks to hard-edged melodies of ‘krishna-core,’ a spiritual extension of the ‘straight-edge’ hard-core music scene.

• Colorado to Jurors: We Own Your Mind!

Colorado activist, Laura Kriho was charged with Contempt of Court after refusing to convict a teenager on a non-violent drug charge while on jury duty.

Kriho’s case sparked a nationwide conversation about jury nullification in the 1990’s.

The growing unhoused community in Denver includes disabled veterans, families and former foster kids. More are moving into residential neighborhoods such as Sloan’s Lake in order to avoid the dangers of the downtown drug scene. (A sadly evergreen story from 2003.)

A look at the early medical marijuana legislation debate in Colorado and the activists who led the movement to legalize medicinal weed, which ultimately paved the way for legal recreational pot in the Mile High state.

A once-popular underground drug, GHB is today prescribed — even to children — to treat a range of health issues. A peek into the lives of early users and the swift legislative moves to outlaw it before making it a profitable pharmaceutical drug.

• FDA to the Rescue: Fighting the Body’s Own ‘Date Rape Drug’

Although naturally produced in the human body, GHB was described in headlines as ‘fatal’ and ‘toxic’ before being outlawed. A look back at the myths and misinformation that preceded the government crackdown.

Today, all walks of life head to Denver’s last schvitz for an afternoon of unclad relaxation. 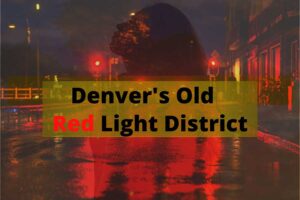 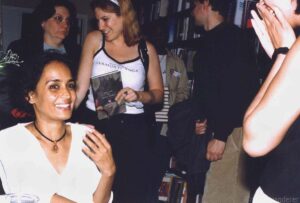 An interview dating from the start of her U.S. book tour for the novel.

News piece/profile on the accomplished artist famous for his provocative murals at Denver International Airport.

• Tattooing for Better Karma: Ink in the Hindu Belt

In the ‘Hindu Belt’ of Asia religious tattoos and even modern ink motifs are a way to gather good karma for life’s next incarnation.

• Art of War: Which Martial Art is the One for You?

Martial arts are a great way to get fit, gain discipline and learn how to defend oneself in the case of an attack. A look at the rise of women warriors with a round up of the different disciplines. 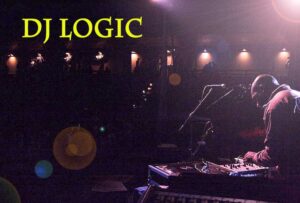 The innovative turntabalist DJ Logic on his musical childhood in the boogie down Bronx and his genre-melding journey culminating in the creation of his acid jazz band, Project Logic.

Zany-punk duo, Little Fyodor and Babushka are an enduring fixture on Denver’s music scene and have also performed Burning Man, SWXS, and the Church of the Subgenius annual gathering.

After making waves in the U.K., bhangra and other South Asian sounds made their way into the U.S. club scene in the late 90s.

Clipping from The Economic Times.

• GMO’s: Frankenfood or a Solution?

A look at the early genetically modified food debate and how U.S. deregulation allowed GM crops to market despite public dissent and a dearth of independent safety testing.

A FOB piece about advances in fuel cell technology for Emagazine.