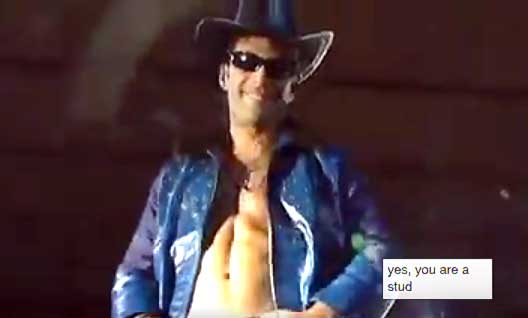 The home of Emmanuel Cosgrove in Montreal is considered one of the most environmentally sustainable in North America, reaching the Platinum level of the Green Building Council’s LEED rating system. Here Cosgrove gives some money-saving ‘eco-tips’ for the consumer.

This video was more of a challenge than I anticipated because my friend ,who I was staying with in Montreal, also a filmmaker, was suppose to help me film, but when I woke her up that morning she didn’t want to get out of bed — it was a chilly fall day in Montreal after all. So in the end I unexpectedly had to shoot this all on my own.

Additionally, one of the home’s residents didn’t seem to be too happy about me being there and was running the garbage disposal while we were filming, rendering the audio of those shots useless. Holy steep learning curve!

As we only had a short time to film, I also didn’t get as much B roll as I would have liked. I made my own simple soundtrack using Garage Band. Video wasn’t really searchable on the wire at the time, but AP bought it and it’s out there somewhere on the information superhighway.

While in Montreal, I did some video production work for Geobeats. This is a video on Montreal’s Biosphere with a terrific host, Carmine Pierre-Defour.

While filming a charity event in San Pedro Telmo Cathedral the sound of music wafted in from outside, interrupting my filming. If you can’t beat ’em, join ’em! I went outside and instead filmed the El Afronte Orquesta Típica, who was performing, ‘Tarde’ by José Canet.

This tango orchestra often plays in front of the San Telmo church on Sundays, during the San Telmo Fair. I love this classic melancholy tango tune and the singer’s delivery. I couldn’t find a written translation of this song, so I posted my own on Wander Argentina.

¿De Donde Sos? The Number One Question for Visitors to Argentina

A fun video we did for Wander Argentina, playing on the classical porteño phrase ‘¿De donde sos?‘which is ‘where are you from?’ in Rioplatense Spanish.

It is something visitors get asked a lot in Argentina, but often they find the more neutral Spanish they studied in high school doesn’t prepare them for the Rio Plate version of the question.

This is footage that was shot for the International Videojournalist Agency, tiva.tv (now mmpro). My partner on this project, Iair Kon and I sold the raw footage. I made this voice-over video to add to my website later because — while I am no fan of fashion — I do like practical items and incorporating solar panels into clothes is pretty cool.

This is my first video I produced, for Lucas Brunetto’s documentary class at the Sindicato de la Industria Cinematográfica (SICA) in Buenos Aires. The assignment was to make a video with stills, so I used photos from a story I did on the slum neighborhood of Villa 20 for the Associated Press.

The video quality is quite poor, as it is nine years old and not HD. Many people asked about the song — it is Forma by Bajofondo Tango Club Presents: Supervielle

Kidz in the Hood

I made a second video with the same material. I recall my prof thought the first one was too jumpy — more wannabe MTV and not documentary style, so I made a slower version.

The music is by Coyita from the album Ronroco by Argentine composer, Gustavo Santaolalla.(affiliate link)

A girl’s gotta eat, so I’ve also produced real estate videos, and castings, including one which I produced and appeared. Shh, don’t tell anybody but ‘Reality TV’ is anything but reality — although in reality I would have loved to buy that apartment!

One of the challenges of living overseas: I had poor foresight when I purchased my camera on a rare trip back to North America in 2008. Electronics are prohibitively expensive in Argentina, so when I returned to Buenos Aires about two weeks passed before I discovered that outlets wanted HD and not DV anymore.

Equipment becoming outdated very quickly is one of the perils of photography, video or any digital work, for those overseas in a country where gear is expensive. I love working with video, and look forward to doing more in the future when the opportunity (and equipment) presents itself.