Ande Wanderer is a writer, editor and photographer based in Buenos Aires, Argentina. She has produced features and news article packages that have appeared in publications around the globe. 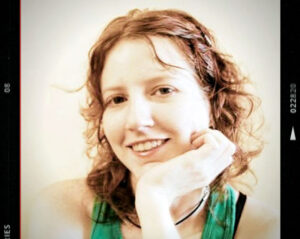 She began her career as a freelance writer and photographer while studying in Bangalore, India (before the rename) her sophomore year of college.

Her first journo job out of college was with the India Abroad News Service (IANS) where her work was translated into Hindi, Marathi, Malayalam, Tamil, Gujarati, and other languages for an ultimate readership of hundreds of millions.

Her articles and photos have appeared in a diverse array of publications such as The Seattle Times, Skin Art, The Times of India, The Boulder Weekly, The Daily Nation, Time Out Amsterdam, El Semanario, The Tico Times, High Times, The Buenos Aires Herald, The Economic Times among many others that have succumbed to the death of print.

In addition to reporting, she’s had three columns: ‘Thought for Food,’ a vegetarian restaurant review column for India in New York; ‘Northside Views,’ a Denver man-on-the-street column for the North Denver Tribune; and ‘The Vagabond,’ a travel column in Go-Go Magazine.

She has lived in Buenos Aires since 2004.  To read more about how she decided to make that admittedly crazy move, see interview on South American Living.

She authored the Argentina section of the expat guidebook, Getting Out: Your Guide to Leaving America.

Amidst the print media apocalypse she turned her focus web publishing, founding one of Argentina’s top travel websites, Wander-Argentina.

A secondary website, Wander-Argentina.org is a public-spirited site designed to highlight volunteer, work and learning opportunities in Argentina.

After 16 years in Buenos Aires she is able to lend her Argentine expertise, Spanish (and lunfardo!) skills, first-hand experience and contacts to those seeking in-depth logistical information for travel or relocation to Argentina.

She offers individual consulting and can serve as a local cicerone/translator/photography guide/fixer for journalists.

Feel free to check out the hundreds of articles on her websites, Wander-Argentina for culture, food and travel, and Wander-Argentina.org for information on living, working and studying in Argentina.

Thank you for your interest!