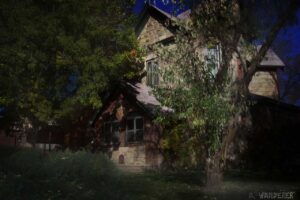 The former North Denver home of developer John Brisben Walker in North Denver. He was the creator of the ill-fated ‘Stone Castle Mansion’ on Mount Falcon in Morrison, Colorado. The building was intended to be a ‘summer White House’ that would be a gift to the nation. Sadly the castle burned down in 1918. Despite being the man responsible for the beautiful Red Rocks Amphitheater, Regis College and much of North Denver, Walker was seemingly cursed, and ended up dying destitute in Brooklyn, New York.